If it weren’t for their rescuers, all these animals wouldn’t have made it. 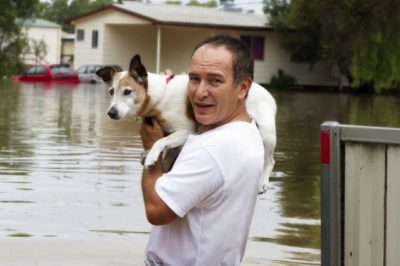 As the area affected by flooding spreads, so does the danger that humans and animals will get swept up by the water and drown or injure themselves trying to evacuate.

While many are concerned for their lives and their private property, such as their houses and cars, some rescuers have come together to aid animals who aren’t fortunate enough to escape the deadly waters.

On Friday, just one day after the heavy rain had begun, the Denham Springs Animal Shelter became completely filled with water and the rain showed no sign of stopping. The roof of the building was barely visible, but just that was enough for some of the animals to escape through. 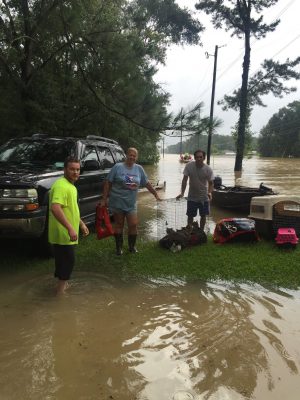 One rescuer, Jennifer Huber, started a GoFundMe page for the shelter and wrote,

“The dedicated staff and volunteers fought to save as many animals as possible from the flood waters, eventually having to unlatch the kennel doors and let the dogs swim out and climb onto the roof.”

Once the animals were freed, boats were brought in to transport the dogs and cats to dry ground. Some neighbors who stayed behind in their homes have stepped in to volunteer their time and resources with feeding the animals and even providing foster homes.

Though they lost their facility and will need to rebuild, they haven’t stopped working to not only care for their own animals but to also take in other lost animals they come across as the floods rage on.

The flood water has already taken the lives of over one dozen humans, and the animal lives that have been lost is immeasurable. Staying in the flooded areas or even returning to them to save others’ lives is extremely dangerous, given the failing infrastructure and murky waters. That’s why it’s great to see that so many are doing everything they can to save their own animals and others, like this man seen transporting a boat filled with sheep and another who rescued both his and his neighbour’s dogs.

The Louisiana Department of Wildlife and Fisheries Enforcement is doing everything they can to save lives, and they alone have rescued over 500 animals and 2,300 humans. 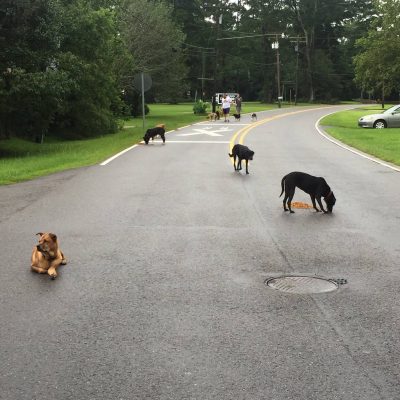 Although you may live far away or have other limitations, you can still help those affected by the floods. The GoFundMe for Denham Springs Animal Shelter has surpassed its goal, but can still use all the help they can get. If you’d like to help the Louisiana State Animal Response Team, you can donate here, or you can donate to the Humane Society of the United States, who is also on the ground in Louisiana helping out. If you live in the area and are looking to foster animals, you can fill out the form here.