After years of conservation efforts, populations of the green sea turtles in Florida and Mexico have rebounded. 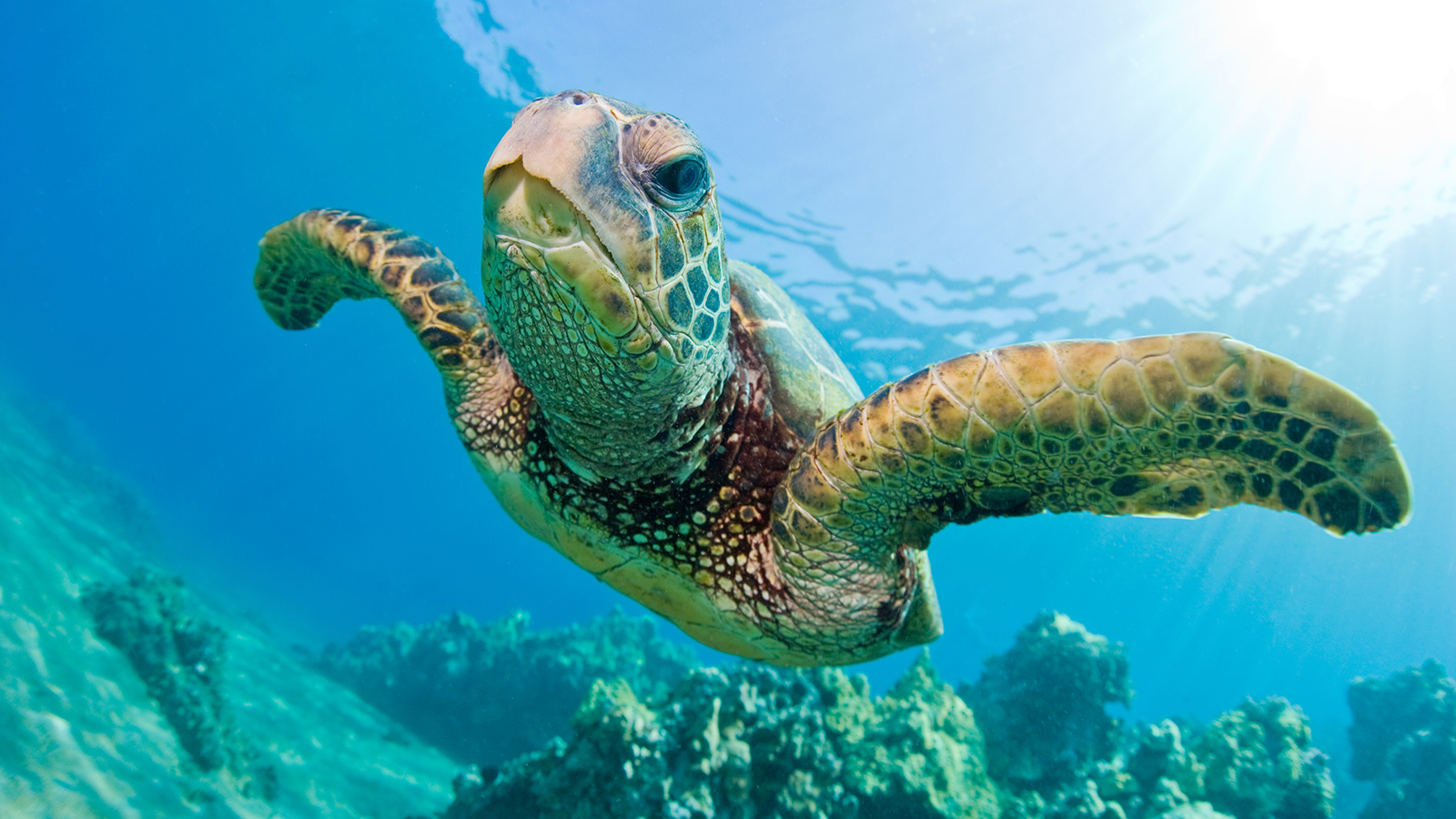 Thanks to years of coordinated conservation efforts, the green sea turtle populations in Florida and the Pacific coast of Mexico have rebounded. According to the Fish and Wildlife Service, the turtles species has fared so well, they will no longer be considered an endangered species.

Discovery News reports that at present, there are 2,250 nesting females in Florida alone. That’s a dramatic increase from just a handful in 1978. The graph below depicts the increase along the Pacific coast.

Officials have now reclassified the status of those two breeding populations as threatened, rather than endangered. Reportedly, stronger protection of nesting beaches, reduction of bycatch by fishing fleets, and prohibitions on the direct harvest of sea turtles are responsible for the surge in numbers.

Catherine Kilduff of the Center for Biological Diversity, a conservation group, stated:

“The knowledge that green sea turtles can overcome illegal harvest, plastic pollution, and warming waters testifies to their resilience.” 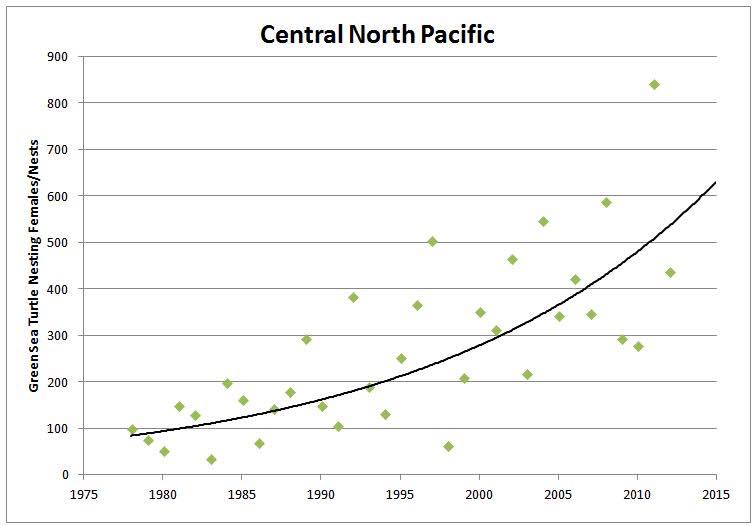 The Fish and Wildlife Service also announced that they would be dividing the world-traveling turtles into 11 distinct population segments globally. This is being done to allow for tailored conservation approaches for each population while maintaining federal protections for all turtles. The federal agency is conducting this in partnership with the National Oceanic and Atmospheric Administration.

“While threats remain for green sea turtles globally, the reclassification of green sea turtles in Florida and Mexico shows how the Endangered Species Act-inspired partnerships between the federal agencies, states, NGOs and even countries is making a real difference for some of our planet’s most imperiled species,” said Fish and Wildlife Service director Dan Ashe.

The changes were proposed last year but were recently made final after officials reviewed the scientific data and more than 900 public comments.

According to Kilduff, the turtles still face many threats, “from plastic trash they swallow to sea-level rise to getting caught in fishing gear – even poaching, in some parts of the world.” It’s up to us, as humans, to raise awareness about the importance of respecting all life forms on Earth and do what is possible to prevent species from dying out.