Baby elephant Zhuangzhuang was almost stamped to death by its mother, and in result cried for over 5 hours. If this isn’t proof animals feel emotions, we don’t know what is. 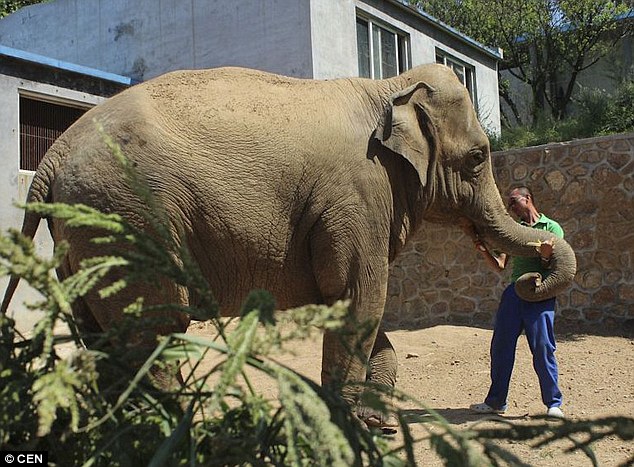 Rejecting this calf was the nicest thing its mother did to him. Shortly after giving birth, a female elephant began to stamp her calf to death. Horrified zookeepers promptly removed the baby, Zhuangzhuang, and tended to his wounds, according to the DailyMail. Thinking it was just an accident, they once again returned Zhuangzhuang to its mother – but she started to stamp again.

Immediately keepers drove her away and removed the little elephant calf. In a world that still likes to claim animals cannot ‘feel’, either after ‘stunning’ before slaughter or on an emotional level similar to humans, this is obviously testament against such belief. Animals, like you or I, experience a wide range of emotions and, at a base level, seek only to feel and be loved.

Here’s a great break-down by Psychology Today concerning the many myths that surround animals’ cognitive and emotional capabilities. For a baby of any kind to go from being physically enveloped and nourished by its mother, to feeling alone and disconnected from the world its so far known, surely emotions will arise. And the tears streaming down this poor calf’s face are evidence that we – as a species – need to be more mindful of the needs and wants animals who share this eco-system likely have.

According to one spokesman, “The calf was very upset and he was crying for five hours before he could be consoled.”

“He couldn’t bear to be parted from his mother and it was his mother who was trying to kill him.” “They have made a good bond. We don’t know why the mother turned on her calf, but we couldn’t take a chance,” the spokesman added.