A baby rhino was rescued from “the worst flood in a decade” thanks to quick-thinking animal rights advocates. It’s monsoon season in India, which means millions have been displaced – and several have died – from torrential rains and flooding. Of course, the country’s precious wildlife hasn’t been spared from the disastrous weather, either.

Luckily, compassionate activists have been on the lookout for animals in need of assistance and recently saved a 3-month-old rhino calf from drowning in a massive flood.

The Dodo relays that a young calf was trying to swim across rushing waters to meet his mom when he was swept up in the strong river. Thankfully, rescuers brought him board their boat and transported him to the International Fund for Animal Welfare (IFAW) Wildlife Rescue Center. 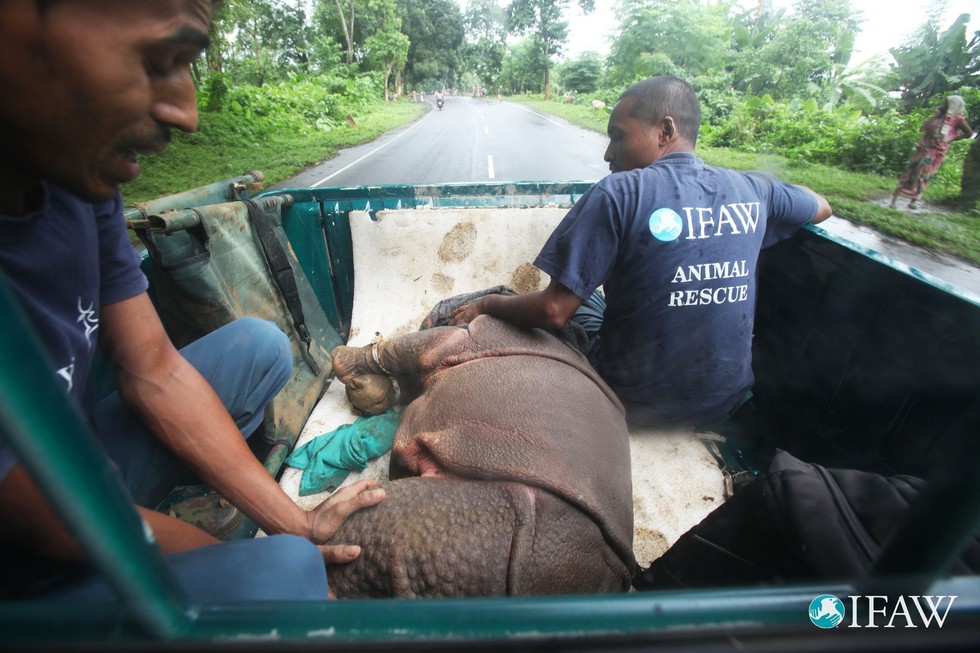 According to Dr. Panjit Basumatary, a veterinarian with IFAW, the calf was highly stressed when he was brought in on Wednesday.

“After two unsuccessful attempts, he is now responding to oral rehydration and milk formula,” they said. 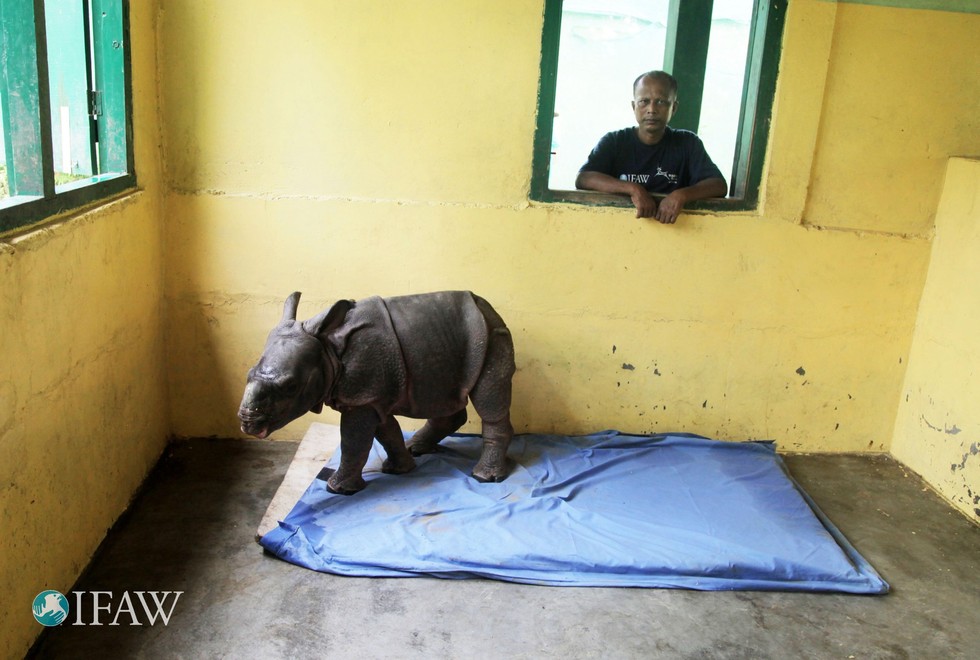 To ensure the young rhino’s health stabilized, the center put him under 24-hour observation in the nursery.

Gail A’Brunzo, a wildlife rescue manager for the Center, commented:

“Under ordinary circumstances with young individuals, attempts (some lasting for weeks) are made to reunite them with their mothers, before they are considered subjects for long-term rehabilitation. In this case, the rhino was being swept away by floodwaters and no reunification was possible. Should all continue to go well with him, he will be rehabilitated until he is old enough and has the skills to survive in the wild.”

The young rhino isn’t the only creature to have been separated from his kin due to massive flooding. Reportedly, a number of Indian rhinos, elephants, and other animals are being negatively affected by the record-setting monsoon floods. In effect, volunteers and employees with IFAW have their hands full rescuing wildlife from the Kaziranga National Park. 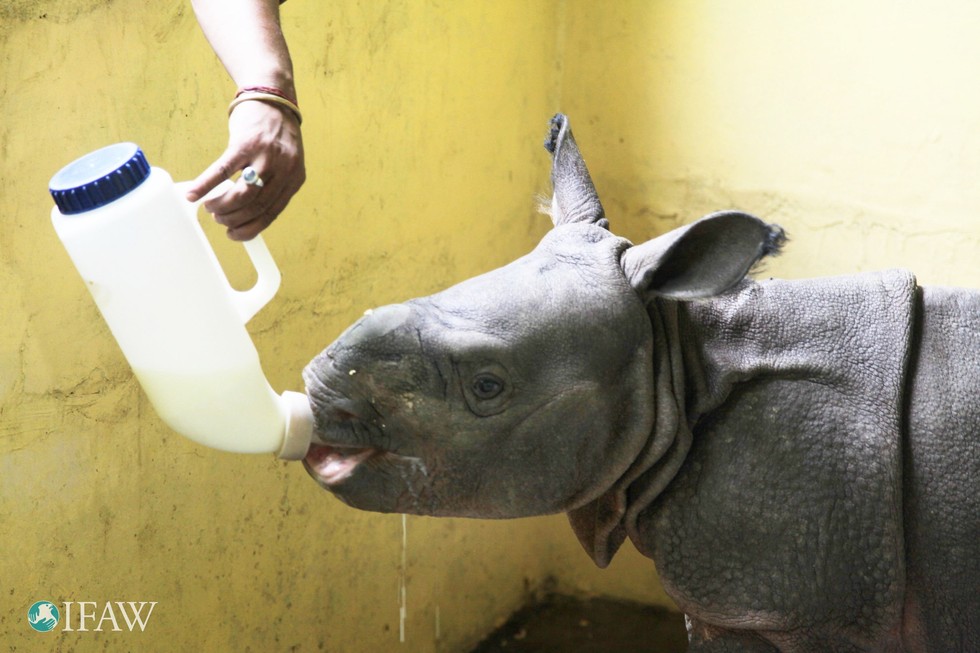 Their efforts, however, have not gone unnoticed. If you’d like to support the IFAW, please visit their donate page here.